This one day oil and gas industry training course is designed for:

c) any individual or group interested in learning about the oil sands and conventional heavy oil.


Huge amounts of capital, resources and large numbers of personnel have been funneled into oil sands projects over the past decade. GeoHistory's Oil Sands / Heavy Oil Essentials gives participants a working overview of oil sands and heavy oil. Participants learn how oil sands and heavy oil resources are identified, evaluated, produced, refined and transported. Starting with the discovery of the Alberta Tar Sands, participants are versed on the role of changing technology and how it has impacted the production of bitumen and conventional heavy oil resources in Western Canada, from the first conventional heavy oil production, through the first commercial oil sands development, through to the birth of modern in stitu production techniques and the basics of upgrader technology. Transportation issues and environmental issues, such as surface impact, carbon footprints and the production of H2S are also addressed.

During this full day, hands on oil sands and heavy oil course participants will:

a) Learn about the oil sands and heavy oil - what they are and where we find them.

b) Learn about Western Canada's heavy oil and bitumen resources, where they fit amongst the world's remaining oil reserves and the financial benefits of oil sand development.

e) See the rocks that make up the tar sands and learn how core, well logs and other technical data are used to evaluate and develop oil sands and heavy oil resources. 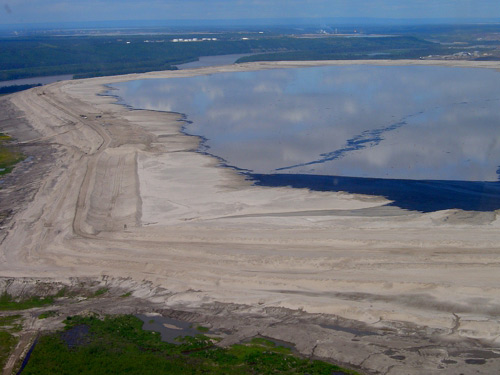 " Very unbiased open approach that was great to see. "

" Overall excellent course. Able to apply the teachings to work. "

" I would highly recommend this course to other individuals in the oil and gas field. "

" Great day! Learned a lot and will be back for more classes. "

" Made it fun and kept to the schedule. I would recommend this to co-workers. "

" I thoroughly enjoyed this course. "

" An excellent course. Thank you. "

The Oil Sands Heavy Oil Essentials Course is held at the AER Core Research Facility, 3545 Research Way NW, Calgary, AB T2L 1Y7. A continental breakfast is available for participants beginning at 08:30. The course begins at 08:45 sharp and continues, with a break or two, till noon, when lunch arrives. The course continues after lunch until 4pm. Parking is available on site at the west end of the Core Facility.